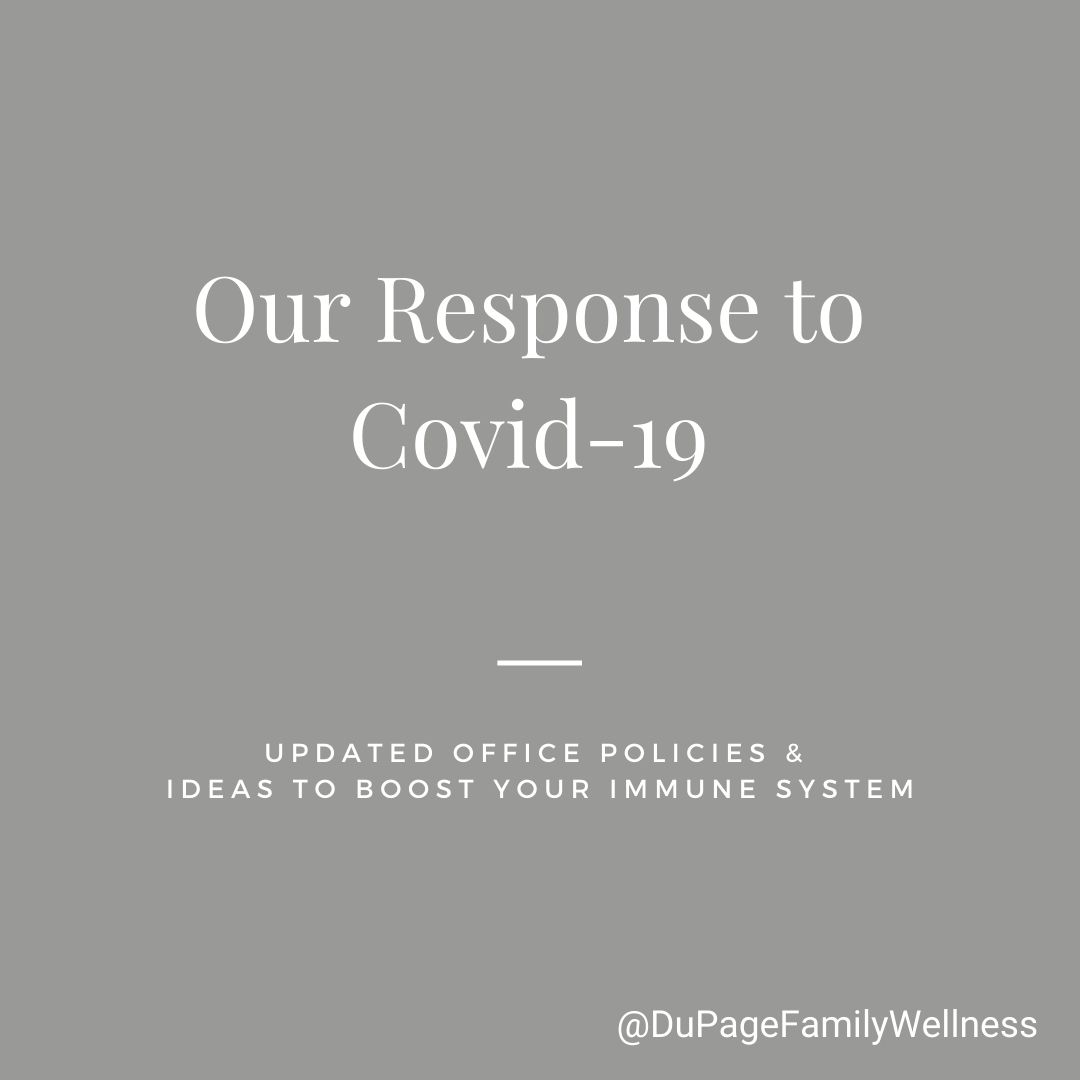 Over the course of the last few weeks, the Covid-19 situation has gotten closer to home. I wanted to give you a few updates from the office. We are continuing to see patients, but if anything changes in that regard, we will let you know.

I will be on Facebook Live tomorrow to discuss what I have been doing to reduce my stress in regards to the current outbreak.

Additionally, I have incorporated some practices into my family’s daily life to support our immune systems. I hope you will also choose to include some (or all) of these practices over the next several weeks as well. It’s always a good time to support your immune system! If you have been following us on Facebook or Instagram these might look familiar.

Nearly all the cells in our bodies have Vitamin D receptors. When we are deficient in Vitamin D our bodies can not function properly. Appropriate levels of vitamin D are vitally important for immune system function!

Research has found a correlation between children who took vitamin D and a reduced incidence of seasonal influenza A. In a randomized, double blind, placebo-controlled study of 430 children, half were given 1,200 IUs of vitamin D3 per day while the other half received a placebo.

When "Acting Like a Baby" Isn't a Bad Thing 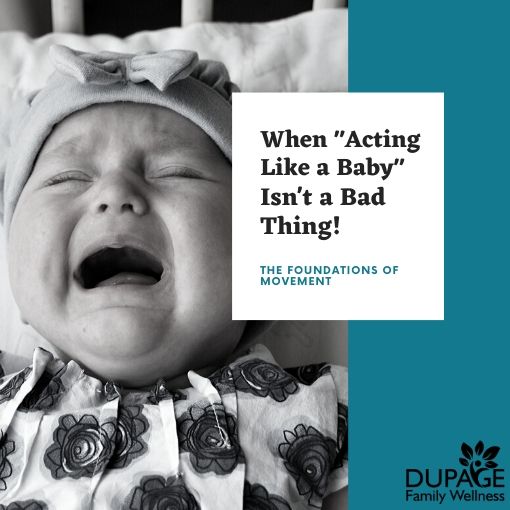 Sometimes we make things too complicated. There are all kinds of elaborate programs on the market telling you how to get in great shape. But what if I told you that the foundation to being fit and strong was so easy a baby could do it? It would be hard to believe, but it's true. And babies everywhere are doing it!

I am talking about doing basic functional movements modeled after babies and how they move, organize movement patterns, and learn to stabilize.  Since we do not have to teach babies how to move - lift their head, rollover, or crawl - we typically don’t think about all that goes into these developments.

“The functional progression is a movement sequence that mimics the way babies naturally develop movement patterns - from the ground up, from the core outward. When practiced daily, the Functional Progression rehabilitates compromised core muscles (such as happens with pregnancy) and strengthens your core to move the way it was designed to move.” Erica Boland DC

As the central nervous system matures infants gain more and more control over their movements. They are able to control their posture and move in more intentional ways. This generally happens automatically, with each new movement building off the last in a specific developmental sequence.

The baby’s bones, muscles, and soft tissue are maturing simultaneously. Together this allows the baby to develop automatic motor patterns and gain structural stability. Proper development in these areas is the foundation of healthy, efficient movement.

Do You Know Your Tendency? 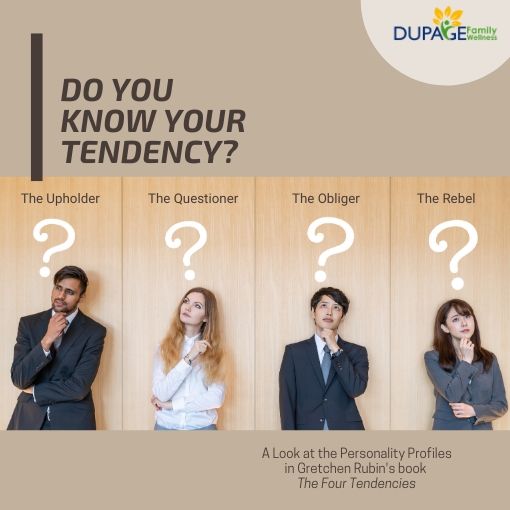 In her book the Four Tendencies, Gretchen Rubin lays out a framework that describes how different people respond to expectations. To begin with, she explains the two kinds of expectations we face:

What are the four tendencies?

“I do what others expect of me - and what I expect from myself.” May this new year bring you increased peace, joy, and freedom.

I look forward to walking alongside you and supporting you in your health journey this upcoming year. 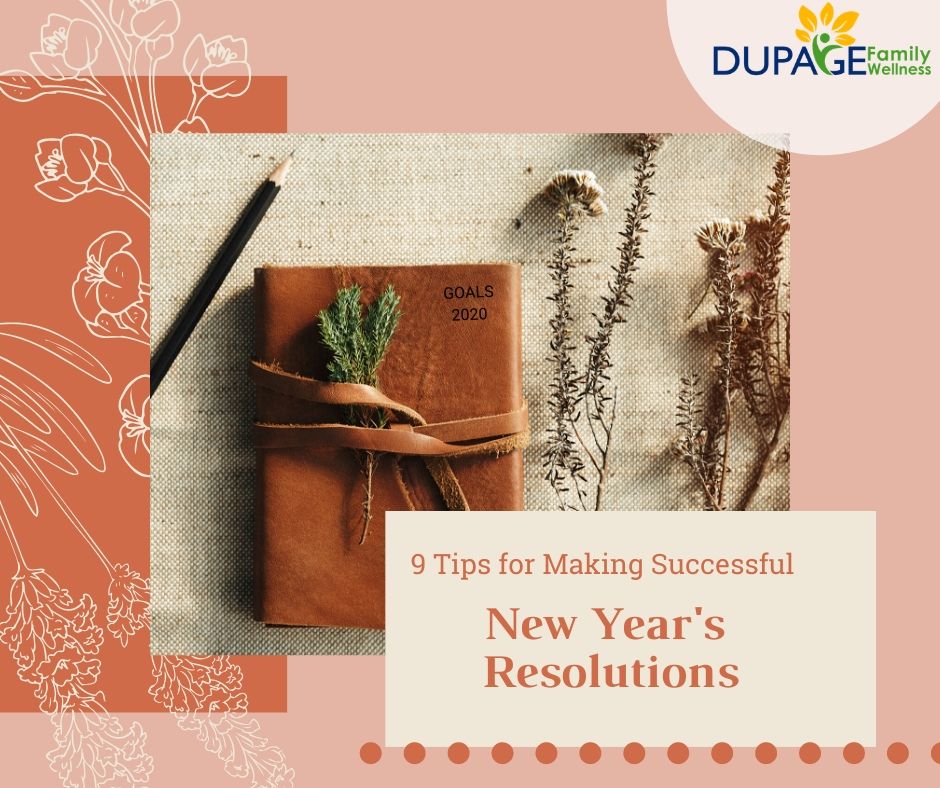 As the New Year approaches, millions of people begin planning their New Year’s Resolutions. Exercising, losing weight, and saving money are among the most popular goals for 2019.

While the new year may feel like a great time to start fresh, accomplishing these resolutions is not as easy as it may seem. According to the University of Scranton, research suggests that only 8% of people achieve their New Year's goals.

Perhaps the reason so many people do not succeed, is that they are missing some key elements in making their resolutions. This year let’s look at some important principles that are commonly missed, and set you up for success!

Take some time to slow down and get to know yourself. This might sound strange, but so many times we rush through life to the point where we lose track of ourselves. In order to set meaningful goals, we need to get back in touch with our true self.

Notice what you are truly passionate about so that you know what is worth changing in your life. There’s no point in working hard towards a goal that doesn’t align with what you want in life. Make sure you are investing in things that really matter.

The Benefits of Cold Showers and Extreme Temperature Exposures 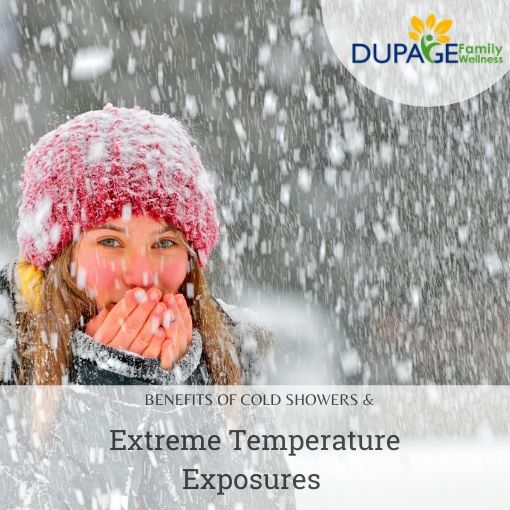 Here in the Midwest winter is definitely upon us, and the cold weather will not be going away any time soon. Many people do not enjoy this weather and prefer to hibernate inside during the colder months sipping on a warm drink by the fire or taking a hot bath. The last thing they want to do is to take a cold shower or embrace the cold in other ways!

Today I want to talk to you about the benefits of embracing the cold weather and engaging in extreme temperature exposures. You may be surprised to learn that practices like taking a cold shower have many health benefits.

I invite you to come into this discussion with an open mind, no matter how much you would prefer to live in a sunny, warm climate year-round!

If you have been following me for a while, you may know that I often look at how our ancestors lived as a guide.  There is a huge discrepancy between how our ancestors experienced the weather and how we experience it. Our current society does not have the exposure to the elements that people did in our ancestors' time.