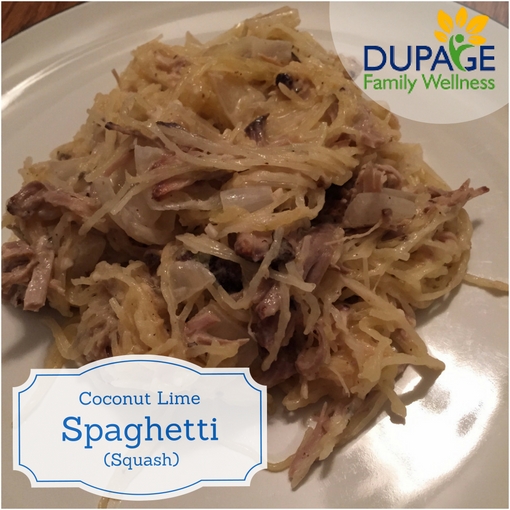 Since changing our diet to "Eating Real Food" we prefer to make our own sauces. The store bought ones tend to be loaded with ingredients that are hard to pronounce and have tons of extra sugar. In doing this, one of our staples that we buy at the grocery store each week is coconut milk! In most grocery stores, it is found in the Asian food section. Buy the FULL FAT version. These are GOOD FATS from coconuts, and therefore there is no need to be afraid of them! Getting good fat in your diet is essential for many of our systems. (Healthy skin, hormone balance, and vitamin D absorption, just to name a few!)

We also aim to get as many servings of vegetables in as we can, so subbing out traditional pasta for Spaghetti Squash is an easy swap. It helps us to control our blood sugar better while giving us more nutrients (and less carbohydrates for you carb counters out there!)

Now onto the Recipe! 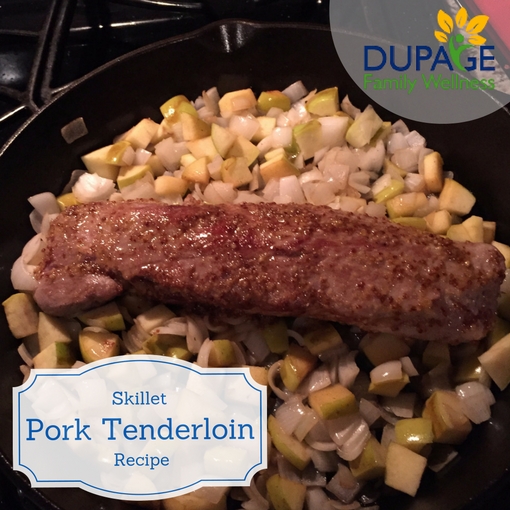 I've got an easy, yet delicious"real food" recipe for you today!

Slice pork and enjoy! I supplemented with some carrots and broccoli that I had already roasted a few days prior using roasted veggie recipe. 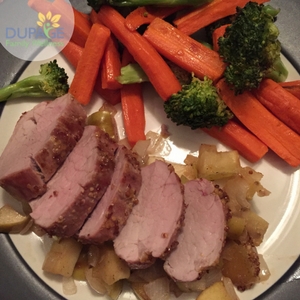 Is it possible to create a Thanksgiving menu with 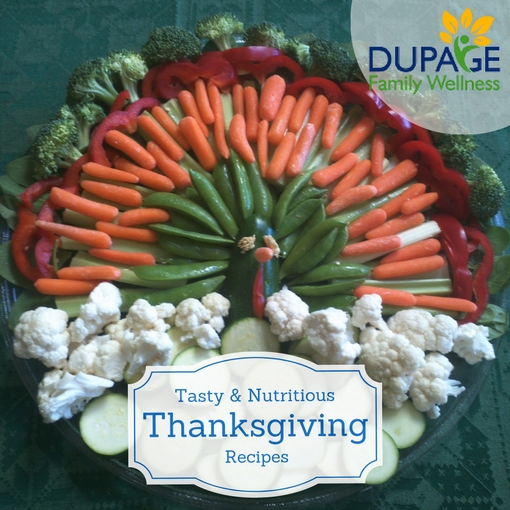 Here are several variations of the typical Thanksgiving fare that include only real food, unprocessed ingredients! As you begin planning your menu, try subbing out or adding one or more of these delicious recipes to your Thanksgiving feast! You may be surprised that by doing so, you’ll actually feel good after feasting, instead of the standard post thanksgiving lethargy and stomach ache. Enjoy!

Google "Thanksgiving Appetizer Tray Images" and you'll be inspired by all the examples of festive vegetable, fruit, and cheese trays shaped like a turkey. Get some fresh ingredients, and have fun!

We'd love to hear about your favorite  Thanksgiving recipes that use real, unprocessed ingredients.  Please share recipes and photos on our facebook page.  Let us know how it went for you. 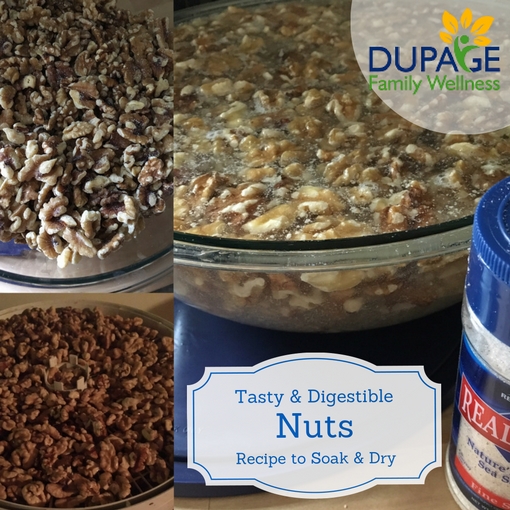 It is easy to  make store bought nuts even tastier, and at the same time,  easier to digest.

Nuts are nutrient dense, and provide a good balance of fat and protein, along with omega 3 fatty acids! They can be a great food for most people.

One of the downsides to nuts is that they contain enzyme inhibitors like phytic acid. In nature, phytic acid prevents the seed from sprouting prematurely, safeguarding the nut until proper growing conditions occur. Unfortunately for humans, phytic acid can be considered an "anti-nutrient" because it binds to minerals (e.g. calcium, zinc, magnesium, iron, and copper) making them unavailable for the body, and inhibits enzymes that aid in digestion.

Although nuts are considered a nutrient dense, "healthy" food, the body will not benefit as much from nuts if the nutrients are not digested and absorbed. In addition, whole grains and seeds also have high levels of phytic acid, so eating them with nuts makes the problem worse. Read more about phytic acid. in nuts, grains, and seeds.

How Do You Solve This Problem?

It's easy! Soak and dry the nuts.

Our ancestors soaked nuts, seeds, and grains to start the process of breaking them down and making them easier to digest!

How Do The Nuts Taste?

Recipe to Soak and Dry Nuts

Soaking and drying nuts is not difficult, but it does take some time. I urge you to give it a try, and observe the difference. Let me know what you find on facebook! 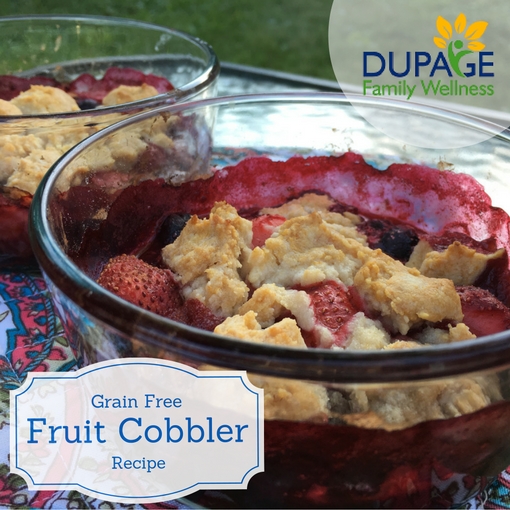 This delicious fruit cobbler has been my go to dessert this summer. It is gluten free, grain free, nut free, and delicious!  I love its versatility and have made it with berries, peaches, and apples so far.  I also love that it contains only a small amount of honey and is mainly sweetened by the roasted fruit.

This cobbler contains my new favorite grain free baking flour – Otto’s Cassava Flour!  I heard a buzz about Otto’s, but it seemed expensive. What does a foodie on a budget do?  Ask for it for your birthday to try it out!  I was not disappointed!

What is Cassava Flour?

Cassava flour comes from the peeled and baked yuca plant root.  The fiber and starch properties of this plant make cassava flour act similar to whole wheat flour in recipes.

Why Use Cassava Flour?

Today, most standard wheat flours have been treated and processed in undesirable ways making them often unrecognizable by the body and difficult to digest.  Otto’s Cassava Flour is made from a clean, unadulterated source of yuca plants, making it more healthful and easier for the body to digest.

Cassava flour is popular because it can be substituted 1:1 for the regular flour in recipes.  I’ve also made chocolate chip cookies and tortillas that you would never know were grain free and gluten free. Almond and coconut flour have different properties, and cannot be subbed 1:1 in traditional recipes.

Although I highly recommend cassava flour for the occasional grain free, sweet treat, it is still something to avoid as an every day part of your diet, as discussed in the previous article on moderation.

Otto's Cassava Flour is the only brand that I have researched and tried, therefore I recommend it. There are other cassava flours out there that may also work well but, but I do not have experience with them. 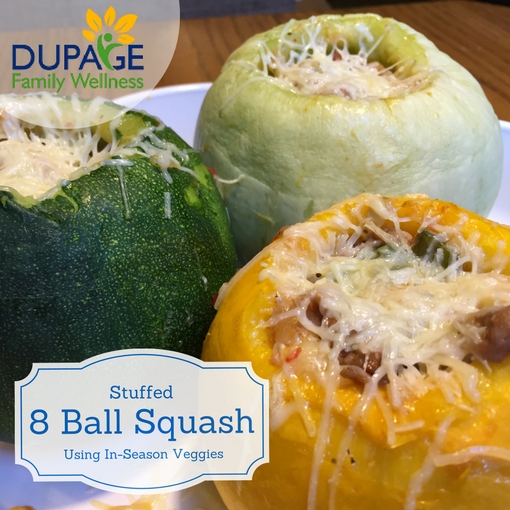 Earlier this week, my mom shared a great new farmers market find with me: 8 ball squash! I had never seen them before. Stuffing hollowed vegetables with meat and other veggies is one of my favorite meals. Let's try it with 8 Ball squash!

Green Peppers are the bumper crop of our garden this year. Later in the week, I made the same filling, and stuffed 5 peppers. I added a small zucchini and a small pablano pepper instead of the bell pepper. Great way to use some produce that is plentiful or produce that you need to use.

Keep in mind that this recipe is totally flexible! It isn't like baking where ratios are important. If there is a meat, veggie, or type of cheese that you like- use it! I bet it will turn out great! Let us know if you try it- and if you find an awesome combo let us know on Facebook!