A Baby in the Car?! Piper's Birth Story 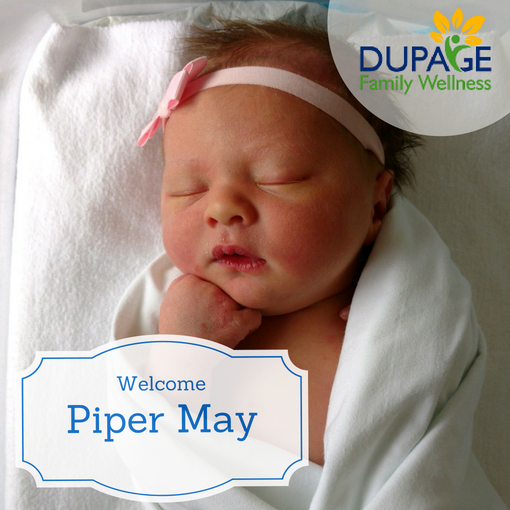 I started having regular contractions Sunday afternoon. They weren't very intense, and were every 10-12 minutes. We went out for dinner to celebrate my brother in law's birthday. I continued to have contractions through the meal, but I don't think anyone else could tell they were happening. When we got home, we went for a walk around the block. During each contraction, I had to slow down, but I could still talk through them and they weren't too intense. Around 8:00 pm, I went upstairs to put my older daughter to bed. We were laying in her bed chatting when I had a contraction and decided that they were too intense for mommy to have a normal bed time routine and that my husband needed to put her to bed. Thankfully, Jared decided to take her to my parents house just in case we had to go to the hospital during the middle of the night. When my he came home I told him to get some rest because I'd likely wake him up when I needed him for support. I started my night of contractions.

At this point, I was having tightening about every 10 minutes. (I never actually timed them, so any timing I mention is a guess). They were too intense to sleep through. I had read the hypnobirthing book during my pregnancy and was using some of the deep breathing and meditation strategies discussed in this book during each tightening. I'd also been using a pregnancy meditation app called "expectful"  to help stay relaxed. I played several of these meditations during the first half of the night.  For the next several hours I tried to relax and simply breathe each time I felt the tightening start.

Around 1:30 am I decided to take a bath. I remembered that when I was in labor with Harper, that both times I got into the tub (during the 43 hour labor), contractions pretty much stopped. I knew that getting into the tub would either cause everything to escalate (in which case I could wake my husband up and we'd leave for the hospital), or it would slow things down (which sounded like a wonderful break so I could get a little rest). The bath slowed the contractions (I had about 4 in the hour or so I was in the tub), and the intensity of the contractions was much more mild. I still felt like the contractions that I did have while in the tub were productive, and since I was in more of a vertical position, I felt like they were helping to move baby down. After an hour, I decided to get out of the tub. When I dried myself off, I noticed a gross slimy looking thing that I can only assume was my mucous plug. Seeing this actually put my mind at ease that things were progressing and that I should just keep doing what I was doing.

I continued to have contractions in bed while lying on my side, breathing deeply, and meditating best I could during each contraction. At this point, I starting having to be more vocal and moan through most contractions (not loud enough to wake up Jared). After each contraction, I felt like I had to empty my bladder. I went back and forth from bed to toilet several more times, and it seemed to me like they were starting to come more frequently. Around 4:30 am I woke up Jared and told him it was getting more intense, and asked him to time some contractions, and think about calling the midwife. He timed a few and they were around 5 minutes apart. He called the midwife, and was told that we should wait just a little bit longer until they were closer to 4 or 4 and a half minutes apart. (Initially this was fine with me because around 4.5 minutes apart was when we went in with my older daughter, and I still labored for another 18 hours).

My next contraction came on while still sitting on the toilet. It was intense. Gravity was in my favor. From this point on, things went crazy. Contractions suddenly went from every 5 minutes to one right on top of the next. Jared called the midwife back (less than 10 minutes after he initially spoke with her) to let her know that we were leaving. He grabbed bags and loaded the car as I had a few more intense contractions in whatever position I happened to be in when it hit (all 4s, standing, etc.). Thankfully, I told Jared to grab a few towels as we left the house.

When we got to the car, I had him pop out the infant car seat from the base so I would recline as much as possible in the front passenger seat. He put a towel on my seat, and we started driving. As we approached the entrance ramp to I88, I had an intense contraction. I felt a lot of pressure down there, and so I placed my hand over my bottom, and felt a bulge. I said to Jared "Either I'm pooping, or there is a head coming." That contraction ended and he kept driving. I had a several minute break before the next contraction hit a few miles down the road.  I felt the same pressure sensation and bulging again. I said "I think I need to take my pants off" and by the time I could get them off, we could both see the entire head. He kept driving as I held the head between my legs with my right foot on the dash board, and my left knee near the center console.

As soon as the next wave of contractions started, Piper slid out. I was trying not to push, but there was no stopping this baby. I pulled her up to my chest and wrapped her in the other towel. She started crying pretty quickly. What a relief. Any labor discomforts that I had were immediately gone.

We decided to call 911. We found a safe place to pull over near the 355 southbound exit and waited for the ambulance to arrive.  The ambulance and lots of other emergency vehicles arrived soon. They brought a stretcher out and wanted me to get onto it. I got out of the car (yes I still had no pants on, and Piper was still attached to the placenta which hadn't been delivered yet through the umbilical cord). The ambulance drove us, with sirens blaring, to the nearest hospital (Good Samaritan). We had planned on delivering at Elmhurst Hospital, but the ambulance could only take us to the closest hospital. Jared followed closely behind the ambulance and met us inside. One of the ambulance drivers wanted me to put Piper into a car seat, I told him to let me hold her wrapped in the towel since she was still attached to the umbilical cord and I wanted to keep her warm and snuggled by me.

They wheeled us up to labor and delivery and checked us out. Everyone seemed amazed at how well we were both doing. I had no pain, and felt like a million bucks compared with my first delivery. The doctor on call assessed me and I had no tears (I did have a second degree during Harper's long labor that ended with a forceps delivery). They let Jared cut the cord and had me deliver the placenta. The nurse said that normally they administer Pitocin (synthetic version of the naturally occurring hormone oxytocin), but I declined this. I knew that I could naturally stimulate my body to release more oxytocin by breast feeding, and so I opted to do that instead to avoid the use of synthetic hormones.

They checked Piper and told us that she was 20 inches long and weighed in at 7 pounds, 1 oz.

So that was our adventure. Piper will have quite the story for the rest of her life, and I'm so glad that we are both doing well.  I am listed on her birth certificate as both the mom and the attending physician!

What I did differently this time around

I have been asked by several people, what was different between this labor and my first (besides about 30+ hours, an epidural, and forceps). Between the two births, I learned about BIRTHFIT and it's 4 pillars (Mindset, Fitness, Nutrition, and Chiropractic), and decided that I needed to do some things differently.

1) Mindset. Last time during labor, I over analyzed everything. I had an app to time every contraction. I got frustrated with myself when labor seemed to stop progressing. This time I prepared ahead of time by meditating during pregnancy. I learned between the two births that birth happens in more of a primal or parasympathetic state as opposed to sympathetic (fight or flight). Every time I pulled out my phone app to time a contraction or started to think too much about what was going on, my body immediately went to more of the fight or flight state keeping me from progressing. This time, I feel that really relaxing and breathing deeply throughout made a huge difference. I knew that if my body needed to take a break that it would, and this didn't mean that I was doing anything wrong. My body knew what it was doing, and I trusted it.

2) Fitness. Last time, I took the typical advice during pregnancy that I was in a "frail state" and needed to be very careful about what I did in terms of lifting things/exercise etc. This time, I was smart about it. I knew that I was training for an athletic event of bringing a human into the world, and my body needed to be prepared. I walked throughout my pregnancy, took a prenatal pilates course, and did core stability exercises (Functional Progressions that I learned through BIRTHFIT) .

3) Chiropractic. I am a chiropractor. I am married to a chiropractor. You would think that I would have gotten adjusted throughout my pregnancy both times. During my first pregnancy, I had no pain or other symptoms, so I didn't prioritize getting adjusted. Unfortunately during labor with my first, we learned that Harper was asynclitic (head tilted) and occiput posterior (sunny side up). Both of these positions can make for a more painful and harder labor. This time around, I wanted to be sure that my sacrum and pelvis were in an ideal position so that baby could have the best shot at getting herself into an ideal position. I had the Webster Technique done on me throughout pregnancy this time by Dr. Lauren Keller at Elemental Chiropractic.

4) Nutrition. I didn't change much here between my first and second pregnancy. I focused on eating mostly a real food, healthy, and nutrient dense diet throughout both pregnancies. I did add more super foods such as liver during my second pregnancy to be sure I was getting the nutrients my body needed.

5) This was a second birth. Even though my first one didn't go exactly as I had planned, my body had done it before, and I'm sure that this helped.

While we obviously didn't plan to have a baby in the front seat of our car, I would take this labor over my first any time. After it was all said and done, Jared joked that he was going to make me a t-shirt that said "Over meditated, under medicated".

If you are curious about learning more about anything that I mentioned above (improving your mindset, appropriate fitness and core stability, chiropractic, or nutrition), I am a regional director for BIRTHFIT Chicago: Western Suburbs along with Dr. Lauren Keller. Dr. Lauren teaches courses out of locations in Addison and Oak Park and sees patients at her office in Addison. I teach out of Crossfit 630 in Naperville and see patients at my office in Warrenville.